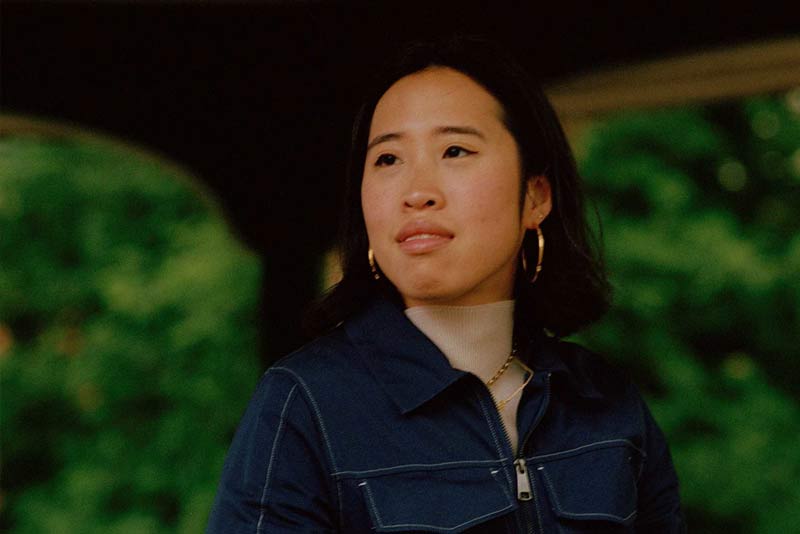 Zing Tsjeng is Editor in Chief at VICE Media in the UK, she also works with us in London where we caught up with her as a part of ESEA Heritage Month.

Hey Zing, tell us about yourself

My name is Zing! I'm a journalist, author and presenter and I'm currently the editor in chief at VICE UK. I'm working on a lot of things at the moment, but right now I'm most excited about my Forgotten Women book series coming out as an anthology next year!

How does it make you feel to be asked “Where are you really from?”

Ouch. This one's a tough one for me, because I actually am from somewhere that isn't here (as in, the UK) because I grew up in Singapore. But I know that the people who usually ask "where are you really from" mostly never actually pick up on the fact I'm Singaporean, but are picking up on my ethnicity – which makes that question a whole lot more loaded. It depends completely on the person and how they're asking it.

If I think someone's asking the question in good faith, then I'll answer in good faith – but that doesn't tend to happen very often, to be honest.

How important is identity to you? To your work?

That depends on how you define identity, right? I think "identity" as a catch-all term has become this umbrella that people use to shoehorn in any aspects of others that aren't considered part of the white, male, cis, straight norm. In a way, that feels almost like you're doubly alienating people – first you're saying that they don't fit the norm, then you're saying that they're part of this broad umbrella term that they might not feel any kind of affinity with.

My personal identity has always played a part in my work but I think it took me a long while to figure out how it was influencing the topics and issues I was drawn to covering. It's only something that has become clearer to me over time.

Do you feel your identity changes and fluctuates based on who you’re with? Where you are? Throughout time?

Oh yeah, all the time. I even sound quite different when I'm with my Singaporean friends and family then I am with my British friends and family, or my Hong Kong friends and family. There are in-jokes and phrases and even accents that are totally different. But I think that's part of the joy of having multiple intersecting identities, right? They all add up into a reflection of who you are as a person. No one person is the same in every single situation in their lives – if they were, the world would be very dull and boring.

What does heritage mean to you?

I think there's two different ideas around heritage. One is Heritage with a capital H – the kind of stuff that people associate with heritage organisations and historians and the National Trust, etc.

I much prefer heritage with a lowercase h – culture that's built from the ground up, that's created by the people for the people, that reflects society in all its wild gloriousness.

Like rave culture, dance music, fashion – that, to me, is heritage just as much as whatever's being shown in the V&A. Similarly, I think there's an idea of what heritage means when it comes to people's ethnic heritage. If you talk to the Singaporean government, they have a very strict idea of what Singaporean heritage is. But that to me isn't what being Singaporean is about!

Race and how we choose to identify are important things, so is there a better way to ask you more about your heritage?

Being specific helps, I think. Especially among the East and Southeast Asian communities, there's so much variation between cultures; even between generations, too.

It's really important not to generalise about ESEA identity; there's a tendency for people to conflate Asianness with Chineseness, and more specifically in the West, Chinese Americanness.

You can see those kind of generalisations being challenged in the pushback to that viral tweet about the "best way" to eat Asian food, like this tweet thread. There's a ton of differentiations even within the Chinese diaspora itself because successive waves of migration from mainland China (both within Asia and outside of it) over the centuries have created distinct identities and cultures. Yes, there's some overlap, but that doesn't mean that we all have the same experiences or the same attitudes. We're not a monolith, and that's a great thing. I mean, for one thing, it made for some pretty fucking amazing food.

What steps can people take to ensure we're headed in a direction where more people feel welcome?

Uplift people in both junior and senior positions. One thing I've noticed is that most people in the media industry know by now that it has a problem with race and representation, so it gets people in at junior levels but then doesn't give them the tools or support they need to rise up the ranks. Instead, they become slowly more alienated and unhappy and you get people departing just as their peers' careers are skyrocketing. That's such a waste of talent.

Can you speak about intersectionality, if that’s something you identify with?

Intersectionality was a huge game-changer in how I looked at my own identity. Because I was always a bit of an outsider growing up, I assumed that I would fit right in once I came to the UK. That wasn't the case! So this idea of interlocking and overlapping identities affecting your outcome in life made a lot of sense to me.

What kind of representation would you like to see more of?