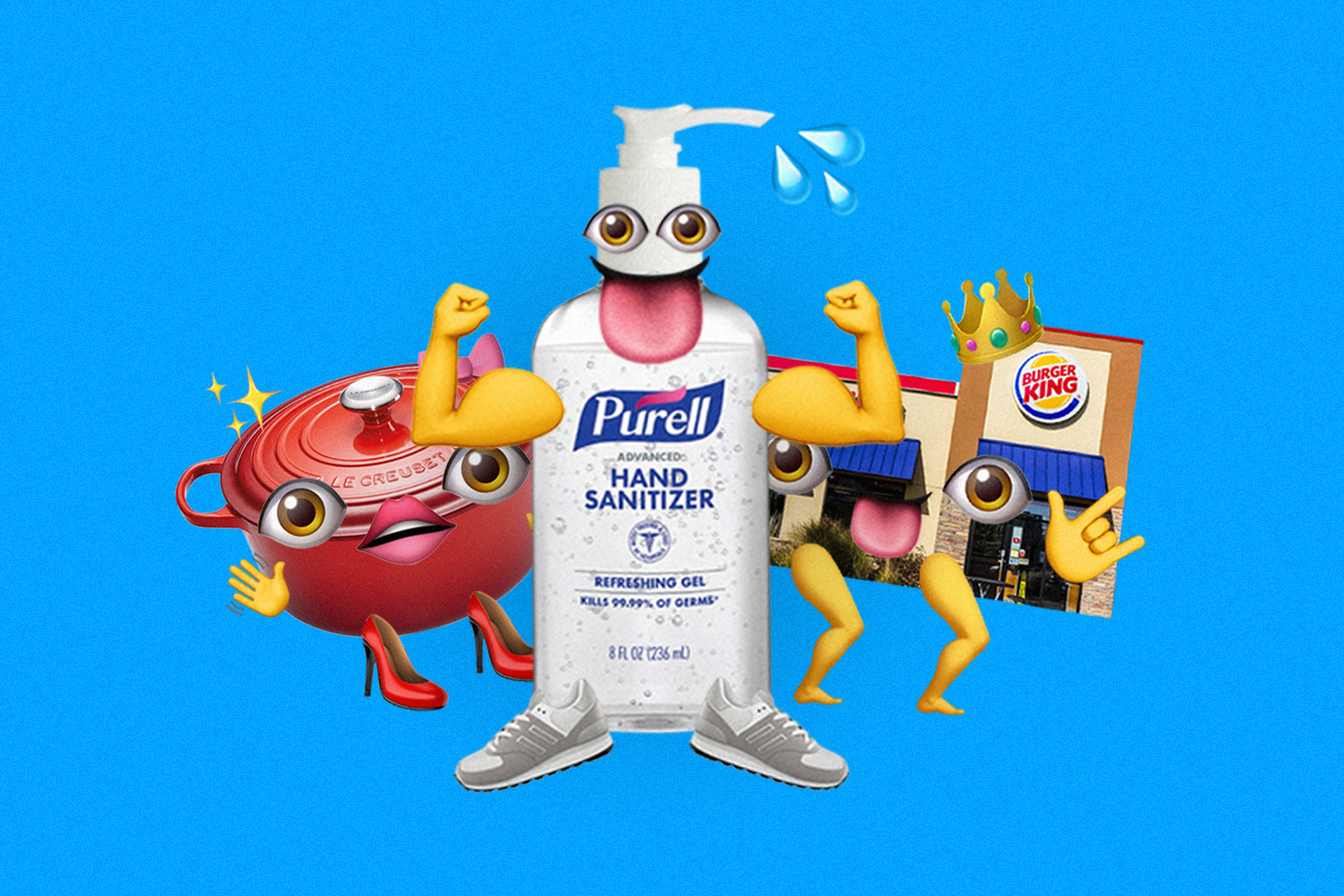 In a flat and self-referential media landscape:

For the first time in history, ordinary people and celebrities, brands and governments, publishers and propagandists, are all sharing the same platforms of influence: Facebook, Twitter, YouTube, Instagram, Snapchat and TikTok. This flattening of the old hierarchies of power has led to an overlap in behaviours; today, consumers act like creators, creators act like consumers, and brands are cultural properties that can belong to anyone. Luxury brands can be adopted by streetwear a la Ralph Lauren, and Le Creuset cookware appropriated by a TikTok generation longing for the simple things in life.

Within this new power dynamic, young people have more power to influence what constitutes ‘popular culture’ than ever before. If we look at the relationship young people have had with pop culture over time, we see a gradual shift from passive to active engagement with the things they’re being marketed, and a resulting shift in roles from straight-forward consumer, to creator.

Gen Xers (b.1965-1980) consumed pop culture by buying things that made them look, and feel the part; the books, clothes, and records everyone was talking about.

This changed slightly with Gen Yers (1981-1997), who grew up alongside the internet and the first experiments with file sharing and social currency in the form of mySpace, and Facebook. For them, participating in pop culture became less about buying and owning stuff, and more about experiencing stuff and sticking it on their socials; gigs and festivals, budget holidays abroad, and fancy meals out that gave texture to their carefully curated social presence.

Gen Zers (1997-) however, being natives of the open source, democratic, and immaterial world of the internet, participate in pop culture by making it. They’re making memes, creating reaction videos, and spreading their influence by liking, sharing, and posting their endorsements in real time. By doing this, they’re exercising much more power and influence than previous generations have ever had. We saw this when BTS fans sabotaged Trump’s Tulsa rally by buying tickets online, so that he was greeted by empty stalls at the rally itself. We also see this in every viral TikTok dance video trend, in which celebrities complete TikTok challenges popularised by ordinary people, rather than the other way around.

Brands are not immune to this collaborative impulse, as their identities are reinvented online by fans, meme-makers, and bored teenagers turned creators.

‍
Gen Zers plaster brands all over their instas. Or co-opt their favourite brands by giving them voices, backstories, and beef with other brands on ‘Elite’ TikTok. Or create alternate reversionings of brands that only exist in the surreal meme-verse.

Why is this happening?

For a generation that’s grown up peeling back the layers of doublespeak and received wisdom in every sphere of public and private life, there’s something alluring, transgressive and hilarious about re-appropriating corporate culture, and manipulating previously hallowed, controlled and protected brand entities to create alternate realities. But by disrupting the polished facades marketing teams spend their days visioning into being, Gen Z creates counter-cultural narratives that very often, provide a raw glimpse into their lives.

Their emotional needs for comfort are laid bare when they create montages out of Le Crueset cookware. Their surreal sense of humour, coloured by the ubiquity of reality TV in their lives comes to the surface in their brand beef accounts. Their love of the underdog is on display when we consider the alternate memeverse’s versions of brands like Pepsi or ‘Bepis’. Their disdain for political leaders in the Picardia Memes reappropriation of classic ‘smiley guy’ emojis.

In a ‘find it and use it’ space like the internet, consumers have the power to recontextualise, rexplain, and unpick the corporate engines of the brands that market to them, by themselves for themselves. On the flat pages of the web, brands, emojis, and celebrities, all feed into this twisted commercial culture: a new topsy turvy loop in which consumers act like creators, creators act like consumers, and brands are living cultural entities that belong to everyone.

Communicating in a Twisted Commercial Culture: Dissect Your Brand From Their Point of View.

Gen Z doesn’t need your permission to play with your brand anymore. If it’s on the internet, it already belongs to them. To start a conversation with them, start thinking like them, and dissect your brand from their point of view:

Which parts of your brand are worth appropriating? Your logo? TOV? Or strapline?

Who really uses your brand? Which subcultures have adopted you?

What’s your voice in the broader social and cultural conversations that are shaping their lives?

How would you summarise your brand essence in a meme?

Rozina is a Senior Strategist currently based in London